2015，outdoor expend training and the day of its celebrating anniversary of Gradum International Limited.

12th December 2015, Gradum welcomes its first anniversary on this common but special day. Cold but the sunshine day shows its great support on this outdoor teambuilding activity. In the morning, all the staffs in high mood in the same work jacket gather actively on the agreed place located in Suzhou, which is the start of this challenging day.

In the beginning, we do some easy relax exercises under the instruction of the experienced teacher to avoid the potential injuries in the following strenuous competition. Then, all of us are divided into 8 teams and there are 15mins left for each team to select the leader, assistant and the flagman, meanwhile, the team name, team song and the inspiring slogan also should be created in this period which are the indispensable soul of each team. 15mins passed, 8 teams make respectively show of the above content and wear their own color hats to differ from other teams.( the photos below are several selected teams for your reference) 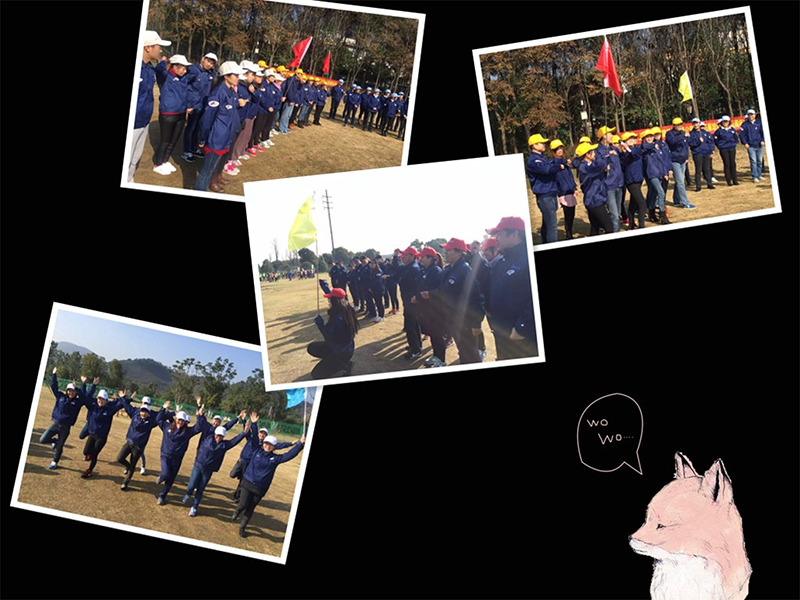 After that, to cultivate staffs’ conscience of competition and team-cooperation, 8 teams participate as unit in various activities, such as holding volleyball with drum face (several team members hold their own rope tightly and stable together so as to keep the drum steady and catch the jumping volleyball ), forever-stand forest ( a fixed quantity team members stand in a circle holding a hollow pipe standing on ground, then, all the members must walk toward next close one after the leader’s order but all the pipe should still stand which means success. As requested continual successful times finished, the team can move on next game.), running ball channel ( a fixed members hold a fixed size semi- cylindrical plastic sheet respectively. At first, only three sheets can connect to let the ball begins to run, the left sheets holders should run one by one using their own sheets to expand the length of the ball track so as to let the ball run continuous on it till it falls into the hole which has set in the end of a fixed distance. In this game, before falling into the hole, the ball should run continuously, no stop, or the game fails.), other blockade-pass cooperation and killing the enemies on a stimulant battleground. All games finished, it’s time to pick up a team winner which depends on the cumulative score based on the final results of each game, 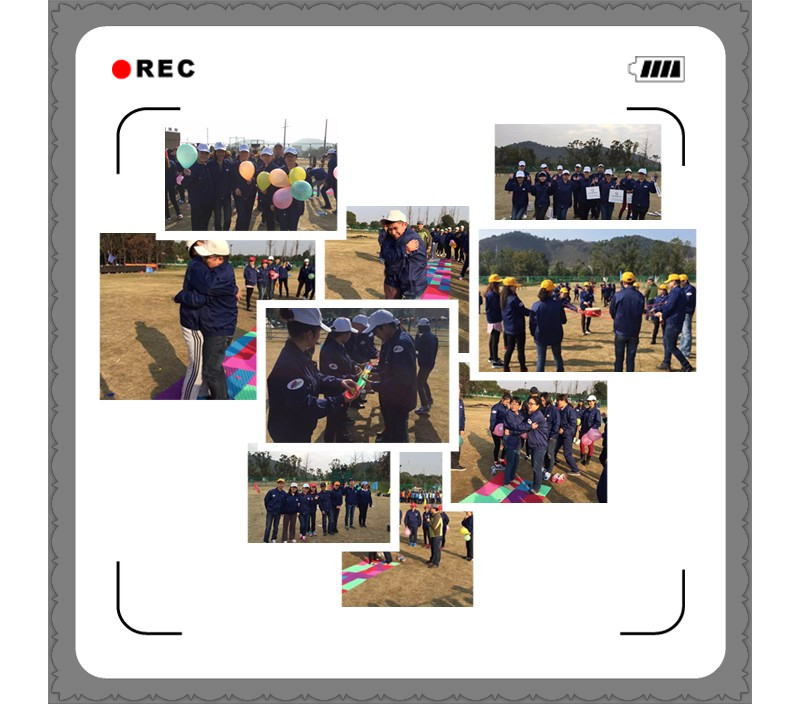 Time flies! The celebrating anniversary outdoor activities come to the end soon. All good performed team leaders bathed in the sunset walk enjoyably to the center to welcome their cooperative fighting victory and award. Friendship first, competition second. May the fruits of victory taste sweet like the erupted champagne.

Bathing in the sunset, standing under the flying color flags, all staffs throw up their hats excitedly. From this, friendship between colleagues in this big family will absolutely be better and better! 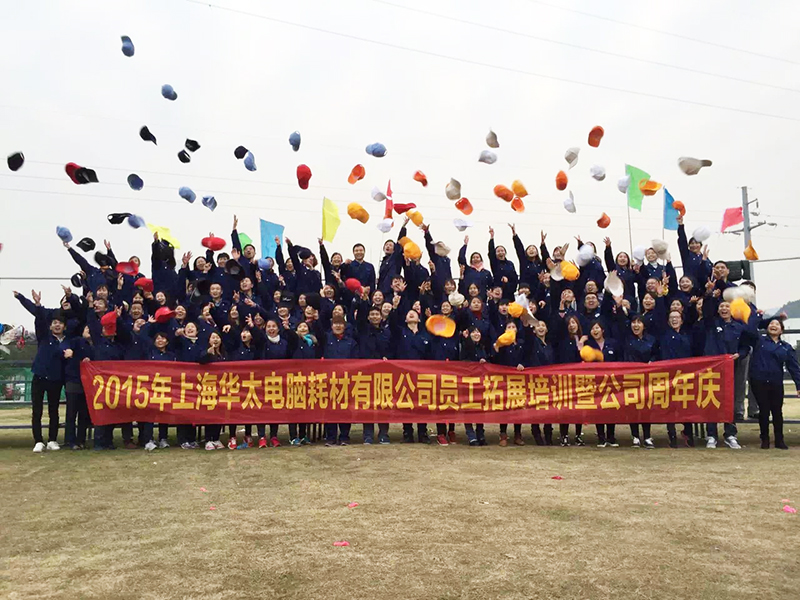